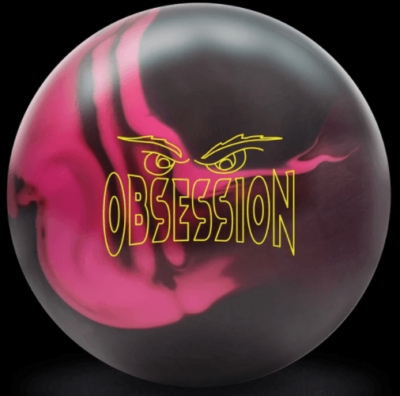 I am going to list all the latest Hammer Bowling Ball New Releases and include a brief description of the expected and documented reactions of each ball whenever possible. Some balls will include a video review if I can find one.

If you find some products you like great! Some of my links contain affiliate links, which I do make a small profit on, but at no additional cost to you. These small fees help to support this site and bring the content to you.

Thank You For Your Support

The Aggression Pearl coverstock is finished at 500/1000/1500 Siaair and polished with Crown Factory Compound. The result, this ball will provide length on the lanes for every bowler.

Here is what Hammer has to say about Black Widow Ghost Pearl:

The Black Widow, Hammer’s most successful line, is back at it, this time with a polished pearl that will get a ton of attention. Pink was incredible for the Widow series and the Ghost; a gorgeous white pearl version will be the next big thing.

The overwhelming response by Hammer fans for the Black Widow 2.0 and its longevity gives us a lot of confidence that this polished, pearl version will make its way into every Hammerhead’s bag.

Here is what Hammer has to say about Infamous:

There is a lot to talk about with Hammer’s second September launch, the Infamous. The Infamous core is a new design, and while it’s symmetric, it is packed with technology.

Hammer is back to using multi-densities within the core to create new ball motions. The Infamous core has a large extra-dense flip block that sits on the top of the core body, and it features a radial disc on the bottom of the ball that helped give the original Obsession extra motion on the backend.

There are four densities on the inside of the Infamous, including the famous Carbon Fiber outer core. The Infamous utilizes Envy Solid, the same formula as the Obsession, but is not CFI infused.

There aren’t many balls we can compare the Infamous to on the market. The technology-packed core and strong solid cover produce a motion that is extremely useful and unique. Bowlers looking for a big symmetric ball shape will have to have this in their bag.

Meet the Obsession Tour Pearl. The Obsession Tour is wrapped with the TourV2 Pearl reactive coverstock finished at 500/1000/1500 Siaair and polished with Crown Factory Compound. This ball works well on transition.

With the Obsession Tour asymmetric core inside, this ball will provide an overall aggressive motion in the backend on lighter oil conditions.

Here is what Hammer has to say about Obsession Tour Pearl:

Welcome the newest Hammer line in 2021 – The Scorpion

Covered in the Semtex Hybrid reactive coverstock, and finished with the 500/1000/2000 Siaair Micro Pad surface, the Scorpion will provide strong midlane read and backend on medium conditions.

The engine driving this ball is the LED 2.0 symmetric core. It helps the ball store up energy for a downlane finish suitable for all types of bowlers.

Here is what Hammer has to say about the Scorpion

Insects that kill also tend to strike; at least they do if they’re a Hammer ball. The Scorpion is the next must-have for Hammerheads. We started with the LED core that has made the urethane Hammers so successful and added an outer core, providing a medium RG and a high Differential. The Scorpion uses Symtex Hybrid to create a strong mid-lane and backend on medium conditions. Strong, predictable, deadly.

Tangle up your opponents with the Web Pearl.

Wrapped around the Spheroid core is the Aggression pearl reactive coverstock, finished at 500/1000/1500 Siaair and polished with Crown Factory Compound.

The Aggression Pearl cover goes long through the fronts and delivers a pin devastating angular skid/flip reaction on the backend.

Here is what Hammer has to say about the Web Pearl Jade/Smoke:

Hammer Fans love the Web series because you can create an entire arsenal from all the simple yet deadly Spheroid Core adaptations. The new Web Pearl brings back the original core numbers, rounding out the Web line with a third great offering. The new Web Pearl is easy through the front of the lane and has a big sweeping backend with great continuation for improved carry. The Web Pearl is a mix of jade and smoke for an unbelievable-looking strike machine.

The best way to get through dry lanes is a cover that is designed for them. If you want a Urethane ball to get the job done, get Hammered.

With the high-RG/low differential LED core, you get a smooth arc from the fronts, to the midlanes to the pins. When your competition starts to sweat in the dry, put the hammer down.

This new Hammer is covered with a Urethane pearl coverstock with a 500/1000/2000 Abralon matte​ surface. Your Purple Pearl Urethane Hammer is ideal for light oil conditions.

Here’s what Hammer has to say about the Purple Pearl Urethane:

The immediate success of our real, thick shelled Black Urethane had our fans begging for more! To satisfy their desires, we have developed the perfect pearlized, thick shelled coverstock to compliment the Black Urethane. Old school technology with new school hitting power.

Hammer Bowling Balls New Releases introduces the Raw Hammer Black. It is the only solid in this new Raw Hammer series. With this all new core design, the Raw Hammer, is a symmetrical core that is designed to be a controllable ball for new and advanced bowlers alike. The Raw Hammer will perform well on medium lanes.

The Raw Hammer Solid sports the juiced solid/solid reactive coverstock that will produce a stronger arc and might be a bit too much on dry lanes. Finished at 500/1500/3000 Siaair Micro Pad it will produce a nice smooth motion on medium lanes.

This is one of two pearls in the new Raw Hammer series. Hammer has released a new mid line performance ball, reasonably priced to fit bowlers needs without breaking the bank. This new symmetrical core design will prove to be a very controllable ball for beginners as well as advanced bowlers, looking for a medium-dry lane ball.

The Raw Hammer Blue White Pearl is equipped with the juiced pearl/pearl reactive coverstock covering the newly designed symmetrical core Raw Hammer engine. This pearl is also finished at 500/1000/2000 Siaair and polished with Crown Factory Polish. The Raw Hammer Pearl is going to produce the skid/flip motion on medium-dry lanes.

Good control and a reasonable price!

A new addition to the hammer line-up, The Raw Hammer. This ball is in the mid range performance level, making it cost attractive for many bowlers. This new series features an all-new symmetric core design, the Raw Hammer.

The Raw Hammer core will provide a smooth, reliable motion for newer bowlers and a controllable piece for the more experienced bowler looking to add something for lighter conditions.

Good control for dry lanes with plenty of power on the backend.

Hammer introduces another new ball for 2021, the Raw Hammer. This ball is in the mid range performance level, making it cost attractive for many bowlers. This new series features an all-new symmetric core design, the Raw Hammer.

The Raw Hammer core will provide a smooth, reliable motion for newer bowlers and a controllable piece for the more experienced bowler looking to add something for lighter conditions.

The Raw Hammer Purple/Pink/Silver Pearl is sporting the Juiced Pearl reactive coverstock outside, and Finished at 500/1000/2000 Siaair and polished with Crown Factory Polish. This will give the ball a skid flip motion designed for medium-dry conditions.

If you are looking for some control on dry and transitioned lanes, this is the ball you need.

Each year the excitement from Hammer Bowling Balls New Releases just continues to get better. For this year, Hammer has created a new line called “Obsession”. They have two balls offered in this line up, “Obsession” and the “Obsession Tour”

And they brought back the Carbon Fiber Infused Coverstock and created the Envy Solid CFI. Using the same core shape and added a piece at the bottom to give this ball a little extra. Take a look at these beauties.

The Hammer Obsession starts the New Year. A new line of bowling balls added to the hammer line up. Featuring a brand new solid reactive cover, the Envy Solid CFI. A matte finish at 500/1500 Siaair Micro Pad creates a stronger high flaring motion. The engine inside is the Obsession core designed to create an aggressive Midlane and strong backend reaction.

And with the Carbon Fiber Infused Cover, you can expect it to be strong. It is also very friendly to resurfacing. If you need to dress-up your ball with shine, it is not a problem.

Make room in your bag and get your Obsession on!

The Obsession Tour has less hook than the Obsession. A less aggressive ball using an updated TourV2 solid reactive coverstock and finished at 500/1000 Siaair Micro Pad. The Obsession Core will provide a strong Midlane and strong backend finish on medium heavy oil conditions. If you don’t need an aggressive heavy oil ball, this will be the ball for you.

In fact it is a great ball for difficult conditions where a little less hook is just what you need.