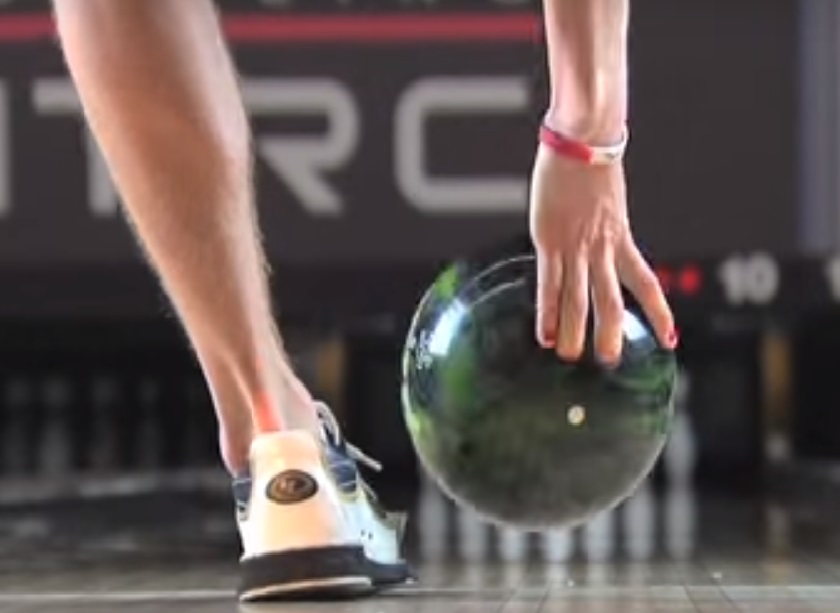 Bowling hand release techniques are as important in today’s game as ever. Everybody wants to get the highest amount of revs on their ball as possible. It is fun and flashy to watch, but does it really help to get higher scores? All you need to do is watch the two-handed bowlers. A consistent bowler, hitting the pocket on each shot combined with proper hand release techniques, results in more strikes.

Lane conditions can cause the need for changing our release techniques. On tight lanes where the oil is heavier, I have the most turn on the ball to allow the ball to travel to the pocket with the best angle for carrying strikes. As the lanes break down, I soften up my hand to reduce the hook that affects the path of the ball. How is this accomplished?

This could be the tool in your bowling arsenal that makes the game easier for you to control. Using three different hand positions, can help you score better.

Inside Finger Position for Maximum Revs

The technique I use is keeping my lift fingers in the inside finger position and fully behind the ball when I follow thru with my downswing. As I reach the area of my foot, I remove the thumb and start to turn the ball.

As I follow thru, the lift fingers follow the arm swing and go up through and impart the most turn or revolutions (Revs) on the ball, that I can get.

This works great when the lanes are oily. But, as the lanes break down, the ball starts to hit higher and leave stone 9’s or corner pins or worse.

This is when I need to soften up my hand, and take some turn off the ball, to reduce the back-end reaction. So, need to reduce some turn on the ball, and go to the neutral finger position.

The result is less revs applied to the ball.This works well on a lighter oil pattern or later in the game as well. Impart the same lift and speed on the ball, otherwise, your ball will not carry the pins correctly. Keep everything the same, but change the position of your fingers in relationship to the ball. If you need even less turn on the ball, then move your fingers to the outside finger position.

Outside Finger Position for Minimum Revs

For the least amount of turn and lowest rev rate, position the fingers towards the outside of the ball. This will allow the lift to be in the position of putting more forward roll on the ball and allow the ball to react much less on the back-end.

Minimum revs will work best when you have extremely dry lanes this will give you the longest straightest path with the least turn on the ball.

I had always thought that the more revs the ball had, the sooner it would start to turn towards the path to the pocket. But, as it turns out, that is not the case. The ball with more revs will actually skid longer through the oil. When it exits the oil pattern it will have a stronger back-end reaction to the pocket. And the ball with less revs will skid less and have less back-end reaction. Now this is with both balls thrown at the same speed as well.

This makes sense, when you think about it. A ball turning more rapidly, is going to have a harder time gaining any friction on the oil. A slower turning ball will be able to bite a little easier. Similar to spinning your car tires in a slick turn. The faster you spin the tires, the less traction you have.

I have always tried to use ball speed. I like to throw a harder faster ball. So, when the lanes are oily, I try to keep the ball slower to allow the ball more time to react. And on drier lanes, just the opposite. However, is seems that the revs on the ball have more effect than changing speed. This got my attention. Honestly, I had never thought about it.

The bottom line is, it is easier to control the amount your hand is turned, than keeping the ball speed exactly the same every time. Now, don’t take that wrong, you must try to keep the ball at the same speed as well. I am just saying, it is a simple adjustment, but you have to practice to get the feel for it.

Here is a video from USBC, describing the best times in your life to begin training for the best results in the natural development for increasing rev rates. They mention that trying too hard to increase your revs causes you to clench the ball too tightly. The result is less revs. A relaxed hand is best.

I looked at some of the comments on this video and have to think that they are giving it a bad rap. It is being understood as the only way to increase rev rates. I believe it is telling us that specific training for the best results in our age development, must be started early. But, I think that various techniques can improve rev rates. Now, I am talking about small changes in the rev rate, using the one handed technique.  It is possible to create some substantial increase in revs by using the two handed bowling technique.

A Simple Method to Control Revs

It is called the  “Simple Method to Change the Amount of Revs” ” It’s as easy as 5-6-7″, says Joe. He likens the hand positions to a clock dial with the strongest position being  with the fingers at the 5 oclock position for the most revs. Then the 7 o’clock position is the least amount of revs. He also talks about the skid and push controlling hook on the backend.

I learned a similar technique quite a few years ago, using different wording but basically the same rules apply. I bowled in a league on the same team with a very good bowler who was inducted into our local hall of fame. He offered to teach me how to bowl with a hook, if I would bowl for his team.

I was fortunate because I learned to throw a hook ball and that is the style he taught me for controlling the revs on the ball as well. Always use the same amount of lift and release the ball the same each time. Ideally start to release around your foot or ankle. Keep your ball speed the same, and use the same marks to target your shot. He didn’t label it as a 5-6-7 method, but did explain the effect of hand position on the ball rotation or revs.

The whole idea is to increase or decrease the amount of revs by using more or less amount of actual spin motion. Sometimes it will change the path and action of the ball to start striking again. However, I did like how Joe gave it specific positions for the lift fingers. It makes it easier to hold each position. I personally use between a 5 and 6 position most often. When I felt I needed to get more revs, i turned my hand inside more to “Hit the ball” a little bit, or add some more turn. If I needed less, I turned my hand  toward the outside of the ball to reduce the revs, and soften the  turn on the ball.

I always described the ball that went farther down the lane as sliding through the oil and getting the ball down the lane farther. Joe describes this as skid and push. Apparently while the ball is in the oil it is skid. But when it exits the oil, then it is referred to as push. Interesting! Both work together. Increase your skid, you also increase your push down the lane and gain a delayed back-end reaction.

There are times in the bowling game you will have some oil carry down from all the bowling and that will affect the back-end reaction as well. Always keep that in mind as a possibility, and using this technique could help overcome that condition. By adding a few more revs, you can get a stronger finish.

I personally like to use a wrist support. Wrist supports make it easier for me to maintain the same hand position.  Some bowlers think they are a crutch and tell others not to use them. i think it is a matter of personal preference. If it helps to make your game easier, then why not?

My personal preference has been the Pro Release(extended)  by Moro. However, Moro may have discontinued that model.

One made by Robby seems to be very similar in design and several bowlers tell me they like using it. Here is a link to the Robby Wrist Support.

If you enjoyed this article or have any questions, please leave me a comment below.