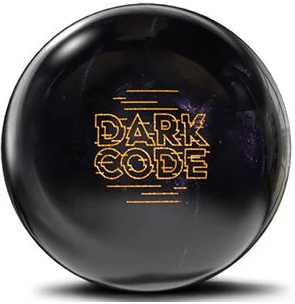 Storm bowling balls new releases always create a stir, and this year is no exception. As each ball is released I will place it on the top of the list of balls here. Along with the ball I will give a brief description of what to expect and the specs on the conditions it works best on.

The Electrify Solid features the Reactor Solid coverstock with a 1500 grit polished finish wrapped around the Circuit symmetric core. The Reactor coverstock is designed for a smoother backend than the previous Electrify hybrid or pearl. You can expect this ball to perform in various lane conditions.

Inside, the Circuit symmetric core produces the lowest RG so far in Storm’s Hot Line, and provides a wide range of versatility. Add the Electrify Solid to the Hybrid and Pearl, and you make a great 1-2(-3) punch in any arsenal.

The Storm Trend 2 is the ball from Storm Bowling in collaboration with Jason Belmonte. Inside, the Piston LD symmetric core was slightly re-engineered to have a lower differential. The result- more continuation and consistent motion for reliability and repeatable shots.

Wrapped around the Piston LD core, is the NRG Hybrid reactive coverstock is a 1500-grit polished finish. The result is smooth through the front-ends and strong continuation hook with explosive results.

Here’s what Jason Belmonte has to say about the Trend 2:

“Of all the Signature™ line balls Storm and I have created, Trend 2 has us the most excited. With a stronger cover and a redesign of the weight block, we have created an absolute monster for any style of player,” said Jason. “Trend 2 will give you the ability to move deeper on the lane without losing entry angle into the pocket. If you are in need of throwing that big couple games, Trend 2 is going to have your back.”

900 Global was started by the owners of Storm products, and production has now been moved to the Storm Facility in Utah. So, since these are now produced by Storm, I decided to mention them here under Storm New releases.

The 900 Global is an addition to the previous Zen release earlier this year. The core is the Meditate Core and is the largest core Global has ever produced. The bigger core means more power and drive through the pins.

Paring this massive core with the Hybrid Reactive S77 Response Coverstock, and finished at 1500 Grit polished, you can expect good traction and control in the mid-lanes, with a smoother downlane read compared to the previously released Zen.

The Storm Dark Code adds another ball to the code line of Storm balls. The Dark Code has the same RAD4 Asymmetric core as the original code balls. The RAD (Radial Accelerating Disc) technology will allow for more torque and entry angle to the pocket.

The RAD4 core is wrapped with the ReX (Reactor Extreme) pearl reactive coverstock and finished at 1500 grit and polished. This 1-2 punch for the Dark Code will provide the perfect storm of mid-lane roll and backend movement.

For a bit more punch in slightly higher Medium-Heavy patterns, make room for another great Storm Ball from a proven line of Code balls.

The Parallax Effect features the same Aeroflo asymmetric core, as the original Parallax. This new core shape and technology is designed for drillers to replace the use of balance holes. The block design with the ellipsed hole on the bottom of the core, creates a higher RG than seen in other asymmetric balls.

Wrapped with the TractionX7 pearl reactive coverstock and finished at 1500 grit polished. This new formulation has a slower oil absorption rates, allowing for more durability. The Parallex Effect is a very versatile piece for any style bowler.

The Hy-Road series is well known and quite popular. The line is a versatile and dependable ball series. Now, it’s getting an update with the Hy-Road Max.

This ball continues to use Inverted Fe2 symmetric core, as seen previously in the line. However, The core size has been increased to deliver the same energy with less deflection.

The Inverted F2 Core is with the NeX (Nano Extreme) solid reactive coverstock. It comes finished at 3000-grit Abralon for an earlier/stronger midlane read with continuous backend reaction. This ball can be used on a variety of patterns. Take your performance to the MAX.

The Incite is using new technology to apply physics to the core and solving mechanical weaknesses to produce a stronger more powerful design. The new design blends top asymmetric technology with traditional asymmetric design and introduces it between the X and Y axis. This created the new Tensor Core and with it came a more refined ball motion. The result is a stronger more powerful motion, all without the use of a balance hole.

The Tensor core is wrapped with the R4S Hybrid Reactive Coverstock finished at 3000-grit Abralon. This ball has the highest reactivity of the Reactor series covers. The result is a versatile reaction on a wide range of lane conditions.

Be sure to check out my other pages