The biggest differences are how many revolutions(revs) they use, how fast or slow the ball travels, and the amount of hook that is used to get to the pocket. To try to describe how someone bowls, we refer to them as stroker, tweener and cranker style bowlers.

How Strokers,Tweeners And Cranker Style Bowlers Play The Lane

Crankers have a lot of revs on their ball. The (right handed) crankers will play starting from the far left of the lane and hook the ball back hard to the pocket. They are the highest power generating bowlers, high revs, high speed and the pins explode off the deck. They actually maximize the striking potential with plenty of power, and the greatest entry angle.

The Good And Bad Results With Crankers

All this speed and power also carries a much higher risk of splits. Sometimes they are nasty wide and hard to convert splits.However, when things are working well, they can string strikes and run up some high scores. It is a beautiful thing to watch any bowler deliver his style of shot and get strikes over and over again.

They do this in a variety of ways. Sometimes, from cupped wrist to an almost distorted twist of the wrist to maximize the revs they impart on the ball. Most of the power bowlers have a high back swing and open their shoulder to generate the high ball speed.

Some are referred to as plant and pull bowlers, where they develop the revs from pulling up on the ball as they plant their slide foot. No matter how they do it, the important thing to the cranker is to get a lot of revs. They generate a nice entry angle along with the power to crush those pins. In doing so they actually make the strike zone a bit wider, but with the high risk of splits when they miss.

Lets start with the Crankers

He also was the first bowler on a televised match to convert the 7-10 split. 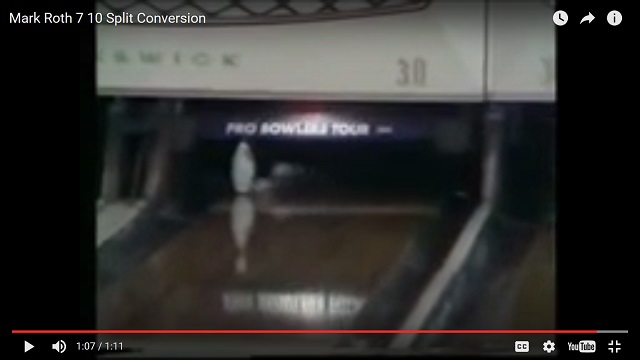 He was soon followed by others using the same style, Amleto Monacelli, Jason Couch, Robert Smith, Mike Fagan and Tommy Jones. Amleto Monacelli was the first international bowler to make the hall of fame. 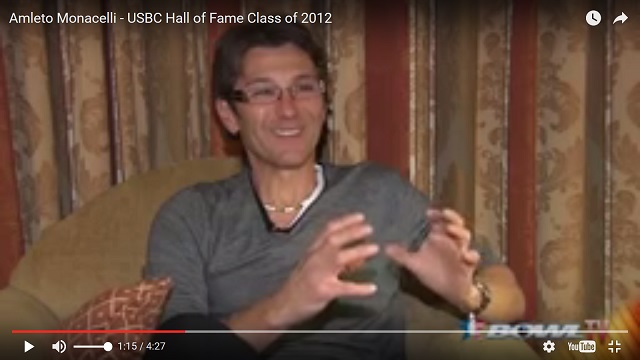 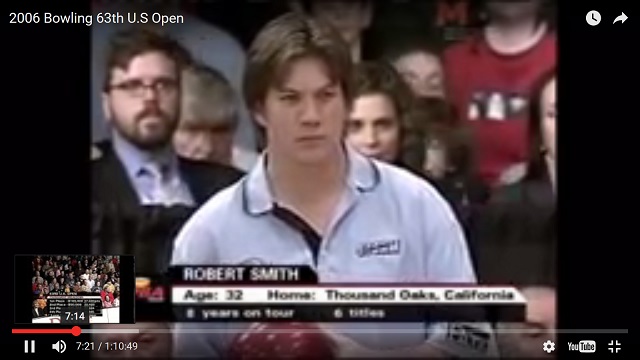 Strokers have to rely on more consistency less revs and don’t rely on all that power to blast the pins off the deck. Right handed strokers tend to play the right side of the lane. They  start from the middle to slightly right of the middle of the lane.This is the most classic form of bowling.

Strokers release the ball smoothly and have less turn on the ball usually around 300 revs.They square their shoulders to the alley and have a back swing that is moderate but not huge.They don’t rely on a big hook, or speed and power, but more on finesse and accuracy.  Precise ball placement is the main factor for the stroker getting his strikes.

Famous strokers  include Walter Ray Williams Jr., Norm Duke, David Ozio and Dick Weber. All of them are PBA Hall of Fame Bowlers.

Norm Duke throws a 300 against Walter Ray Williams, Jr in the PBA Earl Anthony Classic in 2003. It is the 1st televised 300 for Duke.

Tweeners are somewhere between a cranker and a stroker and vary in different ways. Some have the power from a high back swing, but maybe less revs. Others have the lower back swing, and more revs.Tweeners tend to be more versatile and can adjust wrist position or speed for varying lane conditions, but are not always consistent or capable of making the right adjustment soon enough.

Today, the labels of Cranker, Stroker and Tweener are harder to apply. Robert Smith and Tommy Jones are definitely Crankers.

The lower arm swing of Michal Fagan, and less muscle would seem to place him in a tweener category.He has more revs that Tommy Jones, but does not lift hard at the bottom of the swing like Jones does.

Walter Ray Williams Jr seems to lift hard at the bottom of his swing, but is considered a stroker. I personally think it is the lane conditions that dictate how a bowler is going to play that day. More speed or less speed, cocked wrist or un-cocked wrist, high or less arm swing, all depends upon the bowler and how he makes his adjustment.

A variation on the tweener is the power stroker. A combination of a smooth delivery stroker and the power, speed and hook of a cranker. Defined by a high back swing, open shoulders creating aggressive hook, and the ability to maintain good focus through out the delivery.The key to the power stroker is to deliver the same shot over and over, with accuracy and consistency.

One of the most famous power strokers is Pete David Weber. He goes by the nickname PDW, and is known for being brash, outspoken and animated behavior like”the crotch chop” that some consider unsportsmanlike .

He was known for his high back swing and the excessive side rotation he puts on the ball. His “Yes! God damn it! Yes! antics after his 2012 event where he beat Mike Fagan by one pin, made ESPN’s top 10 on Sportsnation 101 celebration fails.

Pete Weber was outrageous at times, but he had the smooth accurate delivery of a stroker, to go with his aggressive hook and powerful delivery of a cranker to earn his power stroker label. He was also one of a few other bowlers to use a spinner technique on his ball at times.

In 1995 Pete had his worst year ever, he worked with his brother Rich for four months and learned to spin the ball forward, end over end, to control his hook.It paid off, in 1997 he passed the 2 million dollar mark.

Become as Versatile as Possible

Spinners are another variation of throwing the hook ball. The idea is to get some spin on the ball to allow it to travel in a milder arc or straighter path to the pocket. This also allows for better pin action if the shot is not perfect. along with Pete Weber, Tom Baker and Ryan Shafer use this technique.

Becoming versatile is the key to better bowling. making the adjustment, the proper adjustment is vital to consistent success.Even the pros have to keep evolving as the game changes around them.

If you look at the pros the crankers don’t dominate like you would think. It is the straighter ball bowlers, the strokers and power strokers that end up winning more consistently. The pros will tell you, straighter is better.

Strokers, Tweeners and Cranker Style Bowlers, Which is Best

So, of all three, stroker, tweener, and cranker bowling styles, which is the best? The pros say straighter is better! I am sure that is to be taken as within reason, and still hooking the ball to a 4 to 6 degree angle to the pocket. It is meant to infer the big hook loses it advantage at times.

I would have to say my personal favorite is the power strokers. I think it comes down to what style you like the best. It is what you can score the best with and remain the most consistent and accurate with. Use a style that is the kindest to your body.

Most pros would agree that a very pronounced cupping of the wrist is hard to maintain with all the games the pros play each week. Nonetheless, it may work well in league play where you only bowl a few games a day.

The pros could easily bowl with practice included, 100 games per week. So, if you have the pro tour in mind, maybe you might want to consider a style that you will have longevity with.

Let me know what you think. leave your comments below.

Find great bowling deals and prices at the #1 Online Store